“Shelf life” is the total length of time that a product can be stored while still being both safe and effective to use. The shelf life of pharmaceuticals can be affected by a number of factors, such as:

How to test the shelf life of drugs without requiring long testing times? The first predictions about the shelf life of a drug, in particular its thermal stability, can be obtained using thermogravimetric measurements with kinetic evaluation. It can take hours to days.

What does it take to get a 5-year forecast in hours?

What are the next steps?

As an example, potassium clavulanate will be used. This is a drug substance that is typically used with the antibiotic amoxicillin to increase its effectiveness.

Figure 1 shows the TGA and DTG curves (first derivative) of the measurement on potassium clavulanate at 10 K / min in a dynamic nitrogen atmosphere. The initial mass loss step is identified between room temperature and 120 ° C.

This is caused by the evaporation of surface water. After that, there are three more stages of mass loss which are between 120 ° C and 600 ° C, they are due to the decomposition of potassium clavulanate. 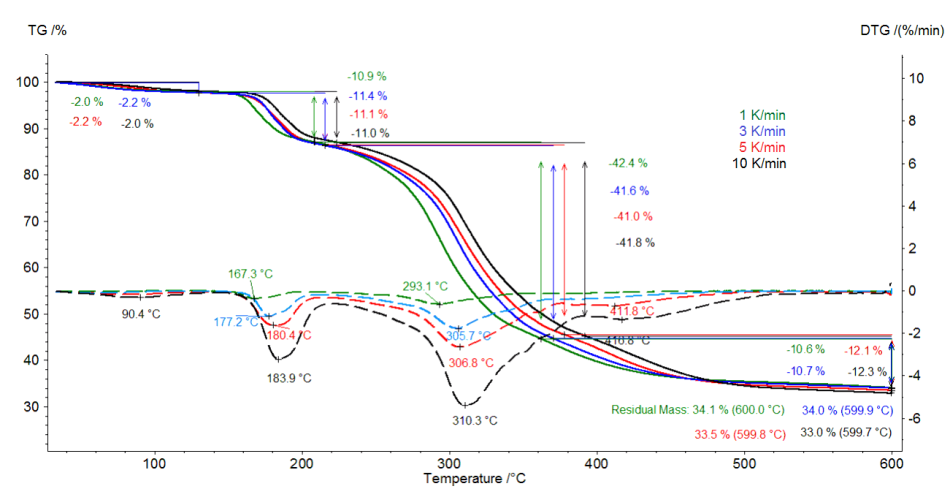 The decomposition being dependent on the heating rate, it makes it possible to evaluate the decomposition kinetics. NETZSCH Kinetics Neo software can be used for this. Kinetics Neo shows a kinetic model which has five consecutive stages of ne order. This model calculates the kinetic parameters of each of the steps (for example the pre-exponential factor and the activation energy) but the release of water is not taken into account for the calculation.

Figure 3. Kinetics evaluation of potassium clavulanate decomposition. Dashed lines: measured curves; solid lines: curves calculated on the basis of a reaction in five steps of order n. The correlation coefficient between the measured and calculated curves is> 0.999.

3. Kinetics Neo can predict the behavior of the sample during storage at specified temperatures.

Kinetics Neo will use the calculation to predict how the supplied sample would perform during long term storage under varying temperature conditions. Figure 4 shows the 5-year forecast of the decomposition process of potassium clavulanate. This plot was completed in a few days taking into account the measurements and evaluations of Kinetics Neo. 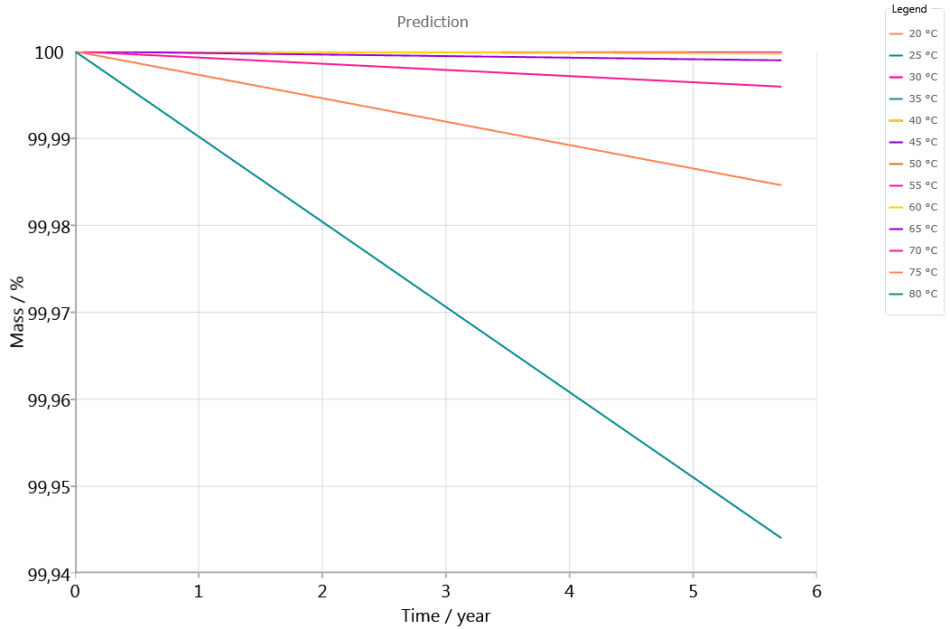 Figure 4. Five-year forecast of the decomposition process of potassium clavulanate in a nitrogen atmosphere between 20 ° C and 80 ° C.

4. The validation of the kinetic model guarantees the accuracy of the calculation

The kinetic model which Neo kinetics a calculated must be validated for the prediction of decomposition under isothermal conditions. To do this, a sample of potassium clavulanate (9.32 mg) was heated to 200 ° C and then kept isothermal for two hours.

In Figure 5, the mass losses are determined by comparing the measurements to those determined by prediction (Kinetics Neo). This comparison shows that the two curves are congruent and therefore shows the reliability of the calculation. 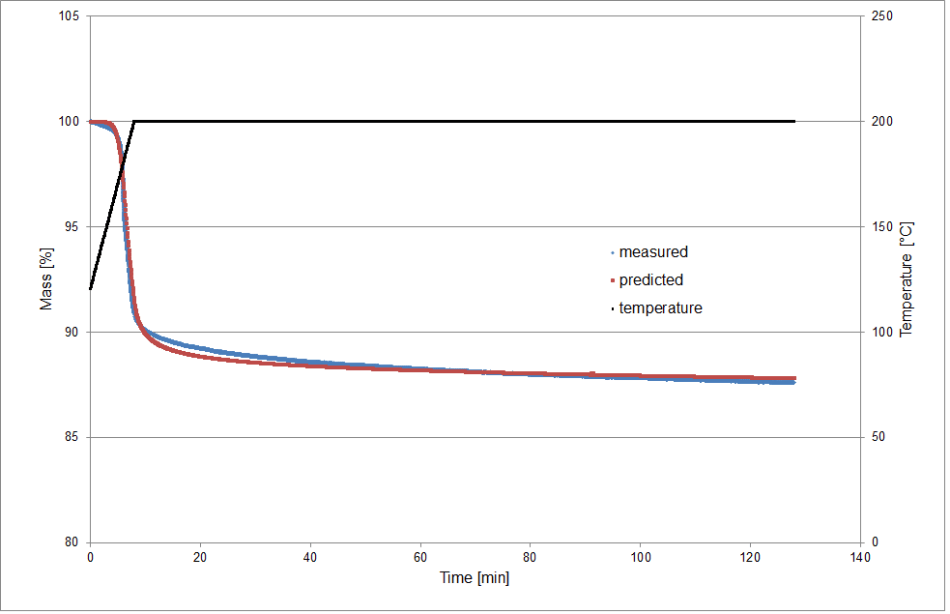 Figure 5. Comparison of measured and predicted mass change of potassium clavulanate during heating to 200 ° C and isothermal segment; the discharge of surface water is not monitored.

This information has been obtained, reviewed and adapted from documents provided by NETZSCH-Gerätebau GmbH.

For more information on this source, please visit NETZSCH-Gerätebau GmbH.